As more people find relief with alternative medicines, it seems they are now doing the same for their pets with remedies like Krill oil for dogs with Arthritis. Krill, a crustacean similar to shrimp, produces an oil that is extracted for nutritional benefits. Its high content of Omega-3 fatty acids and its antioxidant content make it a great nutritional supplement for people, but dogs can benefit too!

The antioxidant in Krill oil, astaxanthin, can help protect your dog’s eyes, brain and central nervous system. While this supplement is similar to fish oil, it is worth noting that some research shows it can be up to 10 times as effective in certain areas. 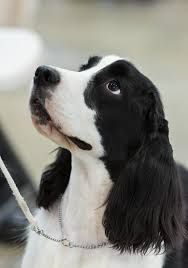 When using Krill oil for dogs with arthritis, there are a few precautions one should take:

Why should we use Krill oil for dogs with arthritis?

Omega-3 fatty acids are often added to dog food, but in very small amounts. To truly benefit from these fatty acids, a supplement is almost always needed. Research has shown that Omega-3 fatty acids reduce inflammation with arthritis and skin allergies. In dogs with autoimmune disorders, these fatty acids also reduce the body’s autoimmune response. It is sometimes difficult, however, to find good sources of Omega-3, since quality can be greatly affected by environmental factors of the fish. For example, farm raised Salmon does not contain the same quality of Omega-3 due to its captive environment.

Krill are at the bottom of the ocean’s food chain, often consumed by whales and other ocean predators. Because of where they lie on the food chain, they are not as susceptible to pollution and other water contaminants. These factors make Krill an excellent source of fatty acids, since there is less concern for mercury content and pollution, and the oil contains additional antioxidants not seen with ordinary fish oil.

Recent research has shown that after a month and a half of using a quality Omega-3 supplement like Krill oil, dogs could already get off of their beds easier and play a little easier than before. After three months of usage, most dogs showed an improved ability to walk. This is especially helpful for large dogs, or those with small legs, as the weight they carry can greatly affect their arthritis symptoms. Dogs of all sizes can benefit, however.

In fact, using Krill oil for dogs with arthritis could provide your pet with the added benefits listed below:

Treatment for Dogs with Arthritis is Entirely Possible

Overall, a healthy treatment for arthritis should include Krill oil or a high quality Omega-3 fatty acid. Using fish oil for canine arthritis really makes perfect sense.  As humans, we don’t often expect to get every nutrient we need out of our food alone. We add supplements, consume health drinks and teas, and have a wide array of alternative medicine options not available to dogs. Krill oil for dogs with arthritis is a great step in the right direction, to make sure you supplement your pet’s food with the extra care he deserves.